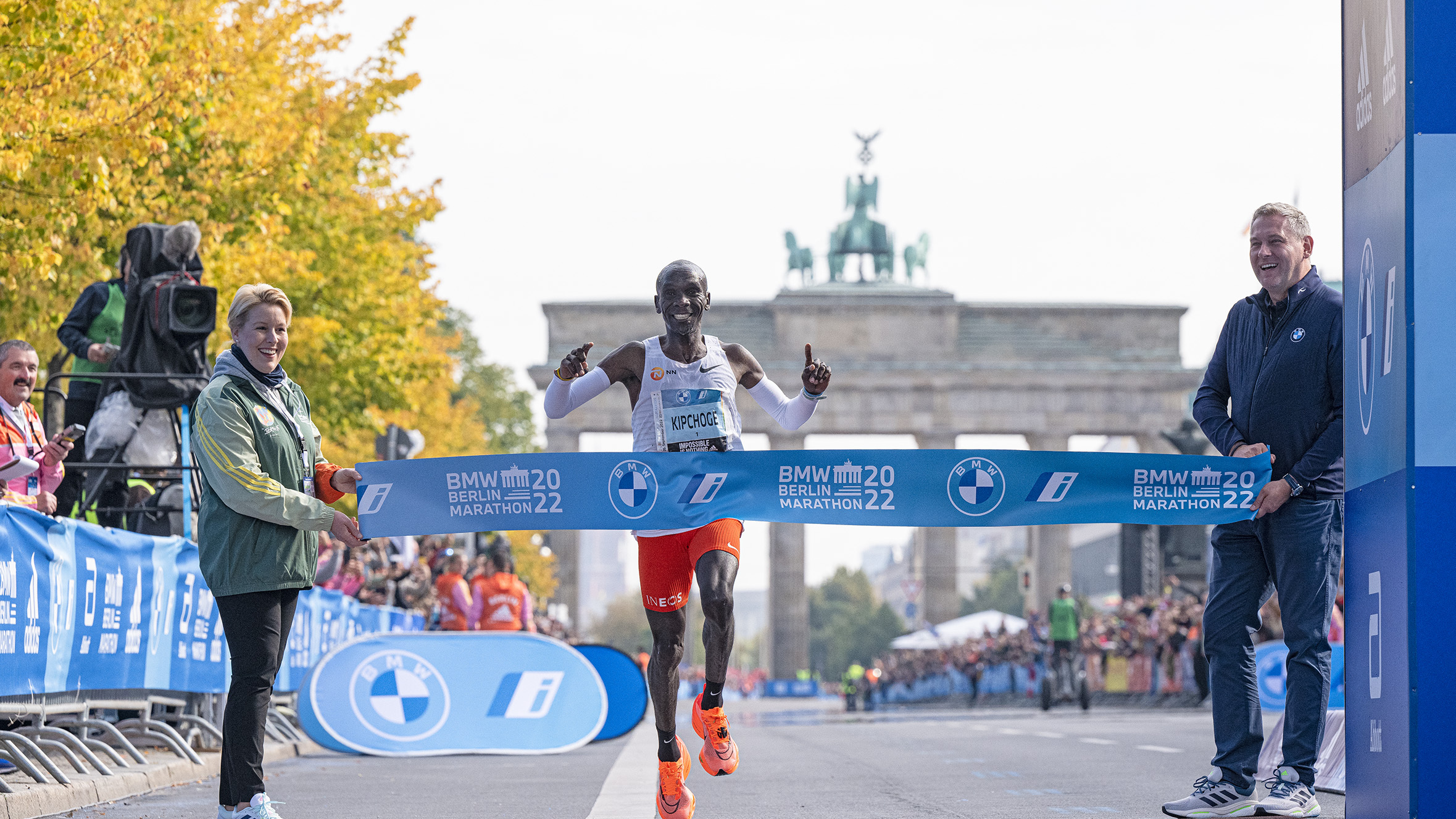 Eliud Kipchoge crowned the 48th edition of the BMW BERLIN MARATHON with a world record of 2:01:09 hours. The 37-year-old Kenyan thus improved his own best time, which he had run in Berlin 2018, by exactly half a minute. Eliud Kipchoge was at times even on course for a dream time of under 2:00:00 hours, but was unable to maintain this fabulous pace. "I am overjoyed to have broken the world record in Berlin. I wanted to run the first half so fast," said Eliud Kipchoge. His compatriot Mark Korir finished second in 2:05:58, with Ethiopia's Tadu Abate third in 2:06:28. A strong eleventh place went to Haftom Weldaj (Hamburg LL), who improved to 2:09:06 to become the sixth fastest German runner ever. He also set a German best time for the year.

Sensational course record by Tigist Assefa
A sensational course record was run by Tigist Assefa. Starting as an outsider with a previous personal best of 2:34:01, the Ethiopian ran the race of her life in excellent weather conditions and won in 2:15:37 hours. The 26-year-old thus achieved the third-fastest time ever run and a world best time for the year. The previous course record had been set by Kenyan Gladys Cherono in 2018 with 2:18:11.In Regarding the combined winning times of 4:16:46 the BMW BERLIN-MARATHON was the best marathon race in history.