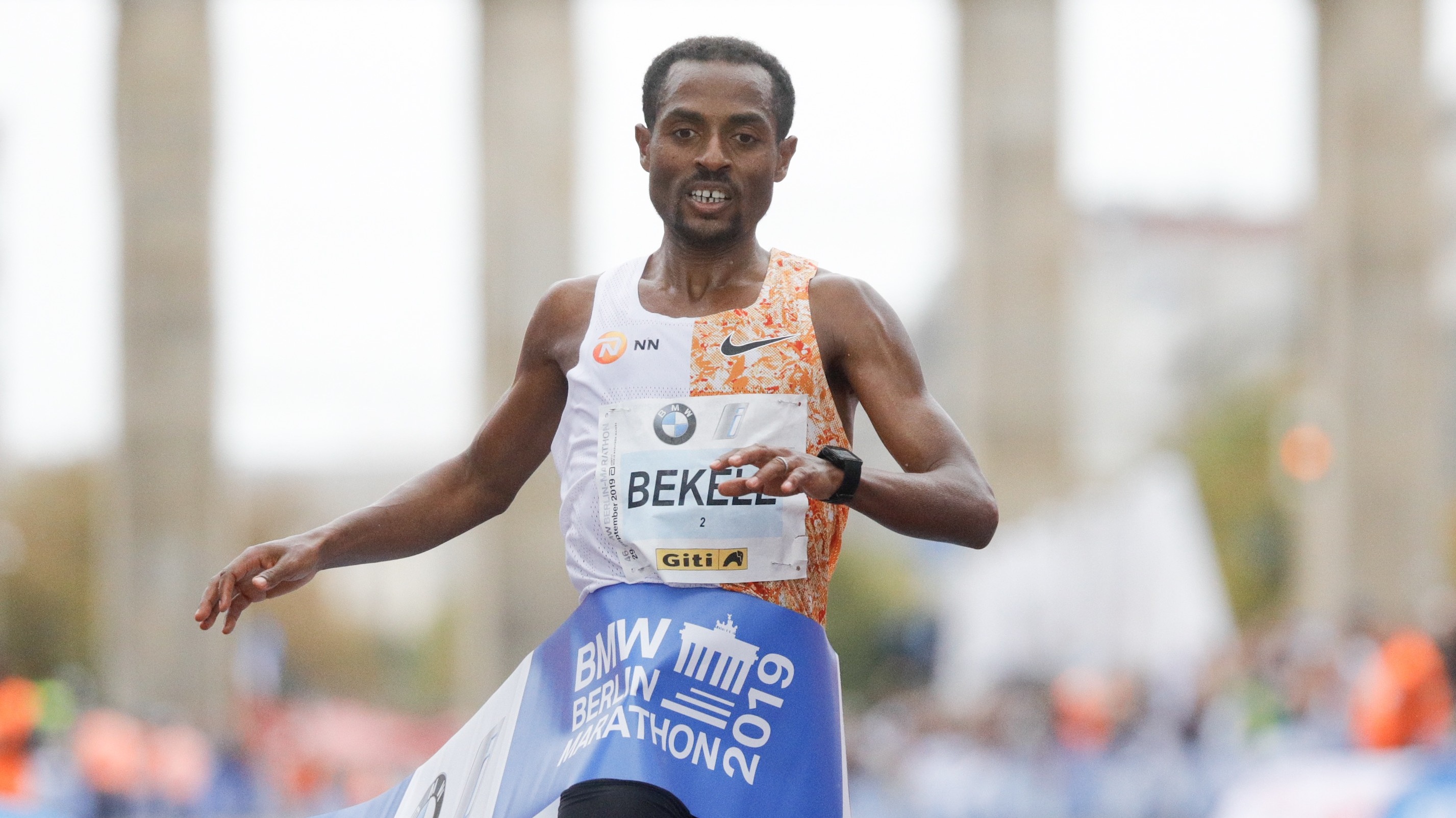 Time and again the BMW BERLIN-MARATHON produces huge upsets and sensational racing: This time it was the turn of Kenenisa Bekele, the greatest runner of all times. The Ethiopian made a sensational return to his international best with victory at the BMW BERLIN-MARATHON, missing the world record by just two seconds and staging one of the greatest comebacks in athletics’ history. Bekele missed the world record by a hair’s breadth: He crossed the finish line at Brandenburg Gate in 2:01:41 while Kenya’s Eliud Kipchoge established the global record of 2:01:39 here a year ago. For good measure, the 37-year-old Ethiopian set a national record and the fastest time in the world this year. Only his great rival Eliud Kipchoge ranks above him in the world all-time list.

In good weather conditions Ashete Bekere contributed her share to the Ethiopian celebrations with victory in her best time of 2:20:14. Melat Kejeta, Ethiopian-born but since March a German citizen, made a scintillating marathon debut to finish sixth in 2:23:57 and become the second fastest German woman ever in the marathon.

With regard to the combined winning times of Bekele and Bekere (4:21:55) the BMW BERLIN-MARATHON was the fourth fastest marathon of all times. For the first time, Berlin was the final race in the Abbott World Marathon Majors (AWMM) series. Eliud Kipchoge took the overall title while fellow-Kenyan Brigid Kosgei won the women’s title. The 46th edition of the BMW BERLIN-MARATHON recorded a record number of 44,065 finishers. 46,983 runners from 150 countries entered the race. Only races in New York, Paris and Chicago ever had more finishers than Berlin.

The registration phase for the 47th BMW BERLIN-MARATHON ends soon!

One in a Million