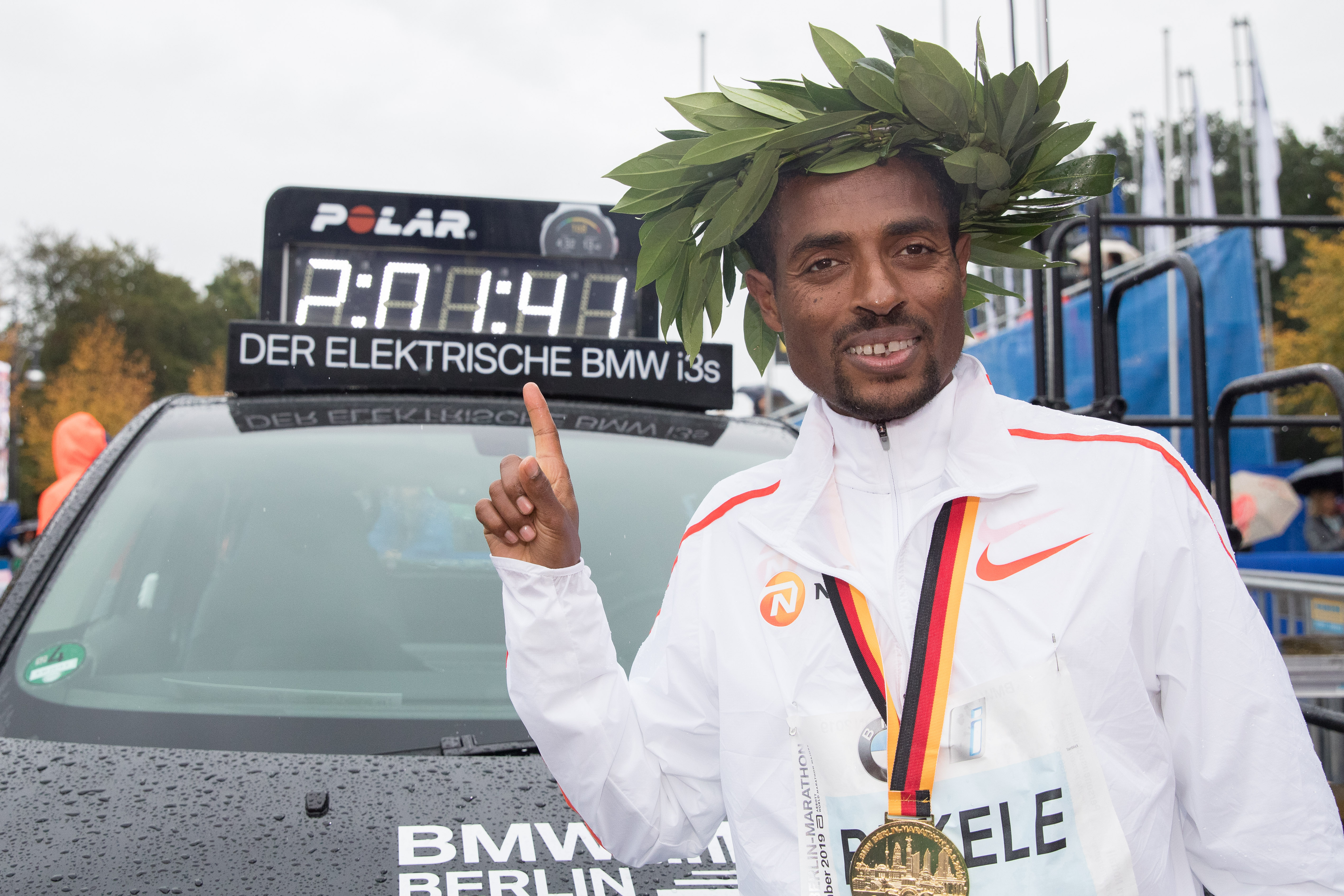 © SCC EVENTS / Norbert Wilhelmi: Kenenisa Bekele with a comeback at the 2021 BMW BERLIN-MARATHON

From September 25 to 26, all eyes will be on the BMW BERLIN-MARATHON in the running scene. After a bitter period of deprivation, a major marathon for top as well as amateur athletes is finally possible again in Berlin. A large field of runners and skaters will be allowed to celebrate #restartrunning for the endurance sports community on the streets of the German capital on the last weekend in September. Due to the current pandemic situation, this year there is a reduction in participants and a detailed hygiene concept, which makes it possible for an event of this magnitude to be realized at all.

Not only are the recreational athletes appreciative of the endless efforts by the organiser SCC EVENTS, which are making it possible to finally compete together again at the BMW BERLIN-MARATHON. A look at the list of favourites shows quite clearly how much the world’s elite is also waiting for top notch races. None other than running legend Kenenisa Bekele will aim for victory on September 26. At the 2019 BMW BERLIN-MARATHON, he clearly demonstrated with his time of 2:01:41 hours that he is always a force to be reckoned with. Whether he can shine again this year with one of the fastest marathon times ever remains to be seen. Anything is possible for the Ethiopian jack-of-all-trades. The #berlinlegend Bekele appears to do particularly well in the Berlin air. This is underlined not only by his victories at the BMW BERLIN-MARATHON in 2016 and 2019, but also by his captivating performances at the 2009 World Athletics Championships in the capital city on the Spree River. At the races in the Olympic Stadium, Kenenisa Bekele won World Championship gold in the 10,000 m for the fourth time in a row and took the World Championship title in the 5,000 m a week later. Kenenisa Bekele: “I will come back with good energy and motivation to BMW BERLIN-MARATHON. The last race in Berlin motivated me a lot, so I hope I will fulfil my plan this year.” So, in many ways, the BMW BERLIN-MARATHON 2021 will be an event with historic sporting significance.

The positive omens for the upcoming Sporty Golden Twenties have not only been recognised by the participants themselves. In the entire sports industry and beyond, a spirit of optimism is making itself felt. In the run-up to the BMW BERLIN-MARATHON it was announced that SCC EVENTS and WWF Germany will in future enter a partnership for more environmental awareness in sport. Christian Jost, in his function as managing director of SCC EVENTS, commented: “We have also used the past months to formulate strategies and goals for the coming years. In doing so, it became clear again and again how much we hold both nature and our participants close to our hearts. That’s why we want to further reduce our ecological footprint, further optimize our current environmental management system and our course supply. With WWF Germany, we have the best partner at our side for this.”

Martina von Münchhausen, as an expert at WWF for sustainable tourism and sports, adds: “Sports events also have an ecological footprint. Together with SCC EVENTS, we want to develop and implement innovative and resource-saving concepts to make sporting events more environmentally and climate friendly. In this way, we can preserve the joy of movement and sport in our natural environment.”

For more than 50 years, the World Wide Fund for Nature (WWF) has been working around the globe to stop environmental destruction and shape a future in which people and nature live in harmony. In more than 100 national and international projects, WWF Germany, as part of the WWF network, is currently working to preserve biodiversity and our natural livelihoods.

Furthermore, the nutrition specialist Maurten will act as nutrition partner at the GENERALI BERLIN HALF MARATHON as well as at the BMW BERLIN-MARATHON. Christian Jost says: “Maurten is an absolute nutrition specialist for the catering strategies of our participants, who has also helped top athletes like Kenenisa Bekele to top performances.”