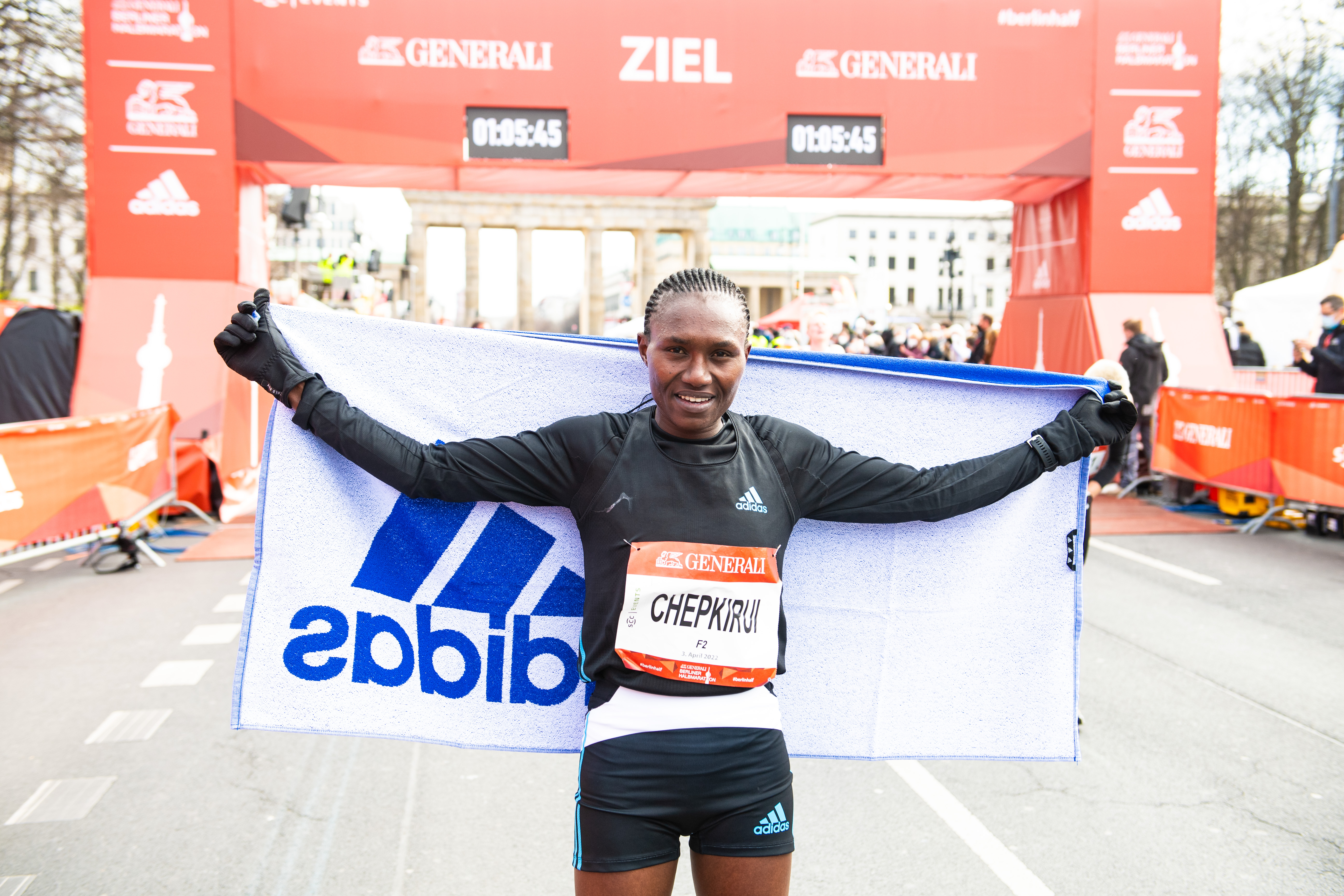 © SCC EVENTS/camera4: Sheila Kiprotich Chepkirui (KEN) is the winner of the GENERALI BERLIN HALF MARATHON in 65:02 minutes with a new course record.

Sheila Kiprotich Chepkirui produced the performance of the day, breaking the course record of the GENERALI BERLIN HALF MARATHON. Despite very cold conditions with almost freezing temperatures at the start she clocked a world-class time of 65:02. Fellow-Kenyans Joyce Chepkemoi and Irene Kimais took second and third with 65:50 and 66:34 respectively.

The men’s race was also dominated by the Kenyans, who took all podium places. Alex Kibet was the winner with 58:55, missing the course record by only 13 seconds. Joshua Belet was second in 59:53 while pre-race favourite Abel Kipchumba finished third with 59:58.

Links to: newsclip and live stream (on demand)