Pilot project “The long-awaited restart of running together. Of course, safely!”

Confidence is currently prevailing here in Berlin after the hybrid press conference held on June 7th called “We can finally run together again—safely!”.

Restart Running is the name of an announced pilot project that is intended to guarantee the return of major running events.

The knowledge gained will then be incorporated into decision-making processes for the gradual reopening of public life including major sporting events.

Hygiene concepts - the linchpin of our pilot project

The lynchpin of the pilot project is the health and hygiene concept developed by the organizer SCC EVENTS. For more than nine months an SCC EVENTS expert committee has been working on drafting this concept. Since the beginning of April, based on our concept and implementation analysis that the path we have chosen for our Restart Running is the right one.

The concept is based on three elements—recovered, vaccinated, tested. You, the participants, will have constant support through all the phases of the event, so that you will have to make little extra effort and can expect an almost normal event. Our Medical Director of the BMW BERLIN-MARATHON confirms the scientifically high standard of the hygiene concept and emphasizes its enormous practicality.

Politicians also seem convinced that sustainable hygiene concepts and clear framework conditions are a key to how large sporting events can be held safely and responsibly in times of a pandemic and can envision participation for runners on the basis of "tested, vaccinated or recovered" as entirely possible.

Furthermore, numerous specialists from the areas of physics, medicine and crowd management support the pilot project. In such an optimistic mood, we look forward to our events in the coming months.

And here you can find the registration for adidas Runners City Night / Inline Skating and the GENERALI BERLIN HALF MARATHON / Inline Skating.
See you soon at the starting lines! Stay healthy and train hard! 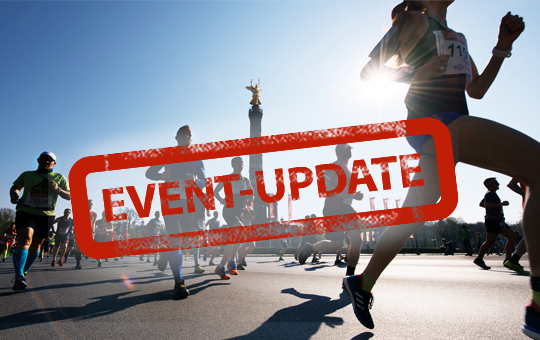