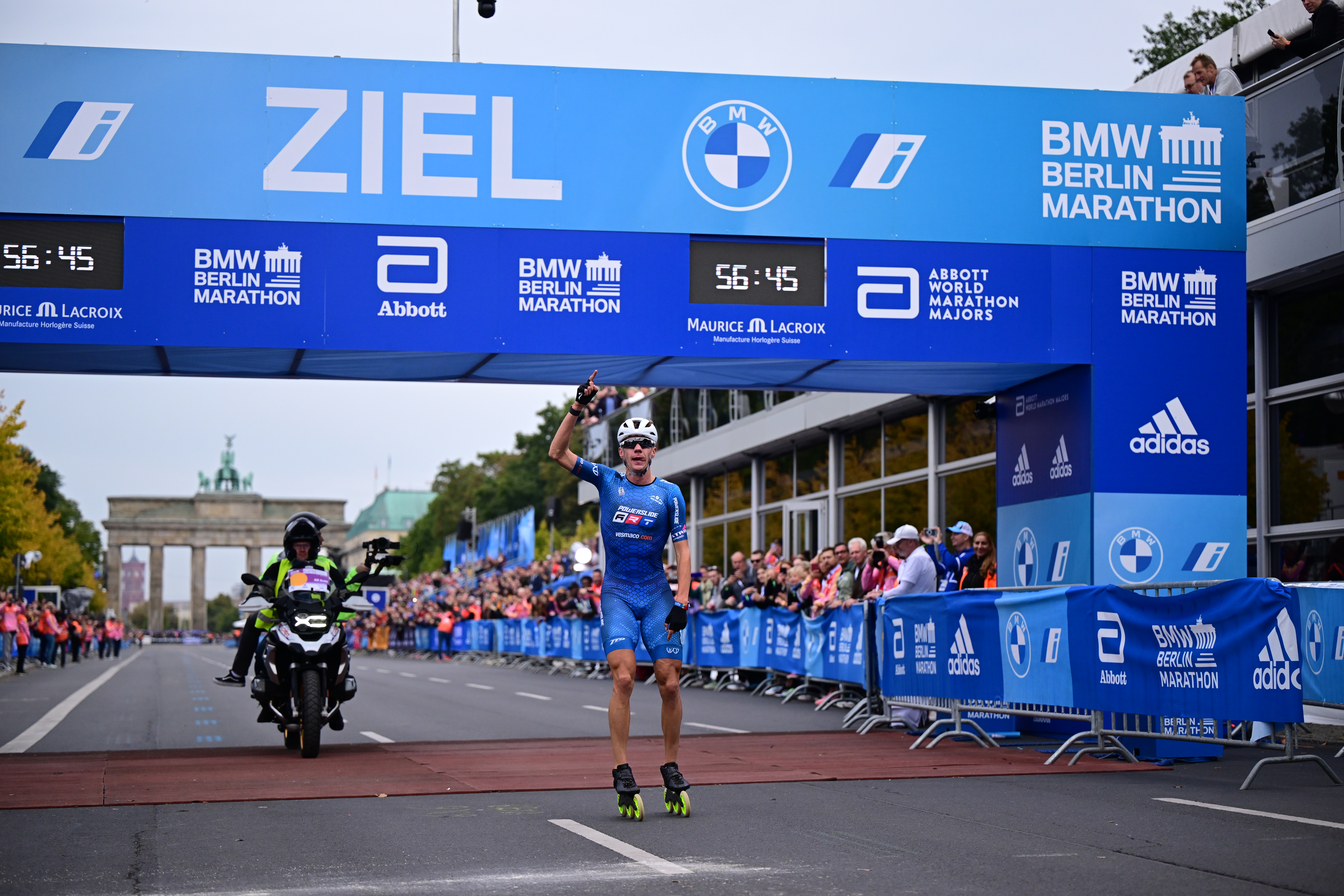 After only 56:45 minutes the Belgian Bart Swings crossed the finish line and set a new course record. At the same time, the Powerslide athlete secured his eighth victory at the BMW BERLIN-MARATHON Inlineskating. The winner of the women's race was Marie Depuy. The Frenchwoman - also Team Powerslide - needed 1:11:19 hours. In total, 4,153 registered skaters provided a great demonstration of inline sports on the streets of the capital.

"I really wanted to set a new course record today," Swings said after the race. Swings also set the previous record time of 56:49 in 2015. "Before the start it was still very stressful, because with the light drizzle it was not clear whether the roads would be dry or wet," said the exceptional athlete. Relying on a dry surface turned out to be the right decision. Along the way, Swings also benefited from strong support from his teammate Felix Rijhnen from Darmstadt, with whom he rode together at the front for 34 kilometers of the course. "It was definitely one of the toughest marathon races in my entire life. I had to close a 10-second gap to Bart right after the start and then when there were two of us in front, he didn't let up for a second. He is a machine this year. Second place feels like a victory to me," said Rijhnen, who was unable to follow Swings' fast pace from kilometer 34. Rijhnen crossed the finish line in 58:37 minutes, an unchallenged second place. In the mass sprint of the chasing pack, Belgian Jason Suttles - also Team Powerslide - secured third place in 59:47 minutes.

In the women's race, Frenchwoman Marie Depuy impressively demonstrated her sprinting skills. She won with a razor-thin margin ahead of Lianne van Loon (NED) and Sara Arregui from Spain. They all finished at the same time in 1:11:19 hours. At the European Championships two weeks ago, it had been van Loon who had secured the title ahead of Depuy in the marathon. "I am just happy. The bunch sprint was perfect for me today," said Marie Depuy. "I was very nervous today, as European champion I felt a special pressure," van Loon said. Many of the athlete:s will focus mainly on the ice in the coming months. "Last winter motivated me a lot. I set a lot of personal best times and I want to improve even more," Rijhnen explained. Bart Swings has also set his sights on the next Olympic Games: "To stand on the starting line as Olympic champion in four years, here in Europe, that excites me a lot."